Have you ever imagined traveling through an underwater train? And that too from Mumbai to Dubai. UAE has never ceased to surprise everyone with its world records. Be it shopping, theme parks, architectural wonders, culture, or soaring tourism, UAE has recorded almost on all front. Making things even more exciting for travelers there is ground-breaking news.
Earlier when you landed in UAE your fun and excitement started. Now, it will start even before you start your journey. Being one of the countries which have always believed in investing in turning dreams into reality, after investing in smart tunnels UAE is taking technology further. Ready to create another benchmark, UAE is going to build a high-speed,

All About Mumbai and Dubai Underwater Train 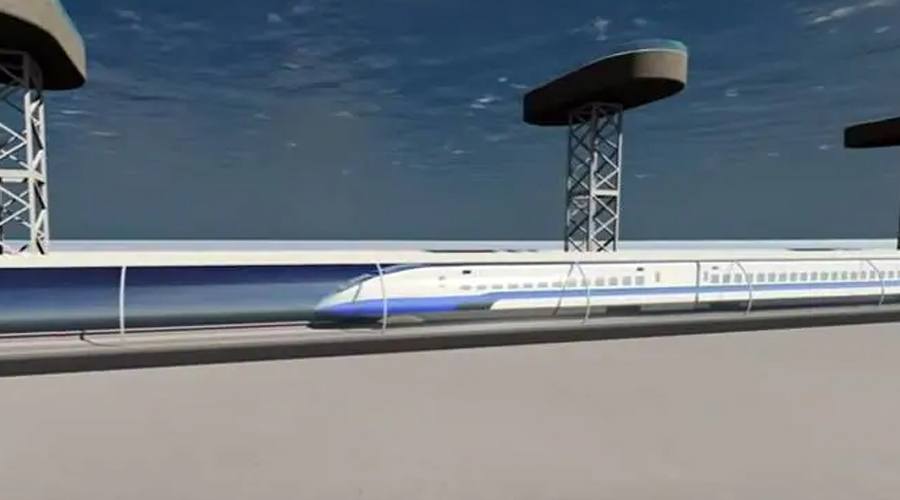 In a UAE -India Conclave that happened in Abu Dhabi, a UAE based company National Advisor Bureau Limited proposed to run between Mumbai and UAE an underwater floating network. This underwater network will connect the two countries and transport passengers as well as they will be used to transport oil and other goods. This idea was conceptualized with the sole aim to improve travel between India and UAE. This is how the concept of super speed underwater bullet train came into existence.
There was a time when traveling to Dubai was extremely easy as there was nothing much to see in Dubai, but now with the city becoming the crown prince of UAE and one of the biggest tourist destinations in the world, the scenario is different. People throng to the city and often have to pay hiked fares for the same. While the whole world comes to visit the city of Dubai, tourism from neighboring countries like India, Singapore, Malaysia, and more. Tourists from the Indian subcontinent have been the most frequent visitors of UAE and that is why the concept of the high-speed undersea rail is most likely to not only reduce the time and cost for the tourists but also set to increase the influx of more tourists to the city. Now going from Mumbai to Dubai by train is not only possible but by a breath-taking route of under the sea.
This high-speed rail will start from Mumbai and is most likely to end at the city of Fujairah, just an hour away from Dubai. The ticket prices are expected to be highly affordable for middle-class citizens as well. 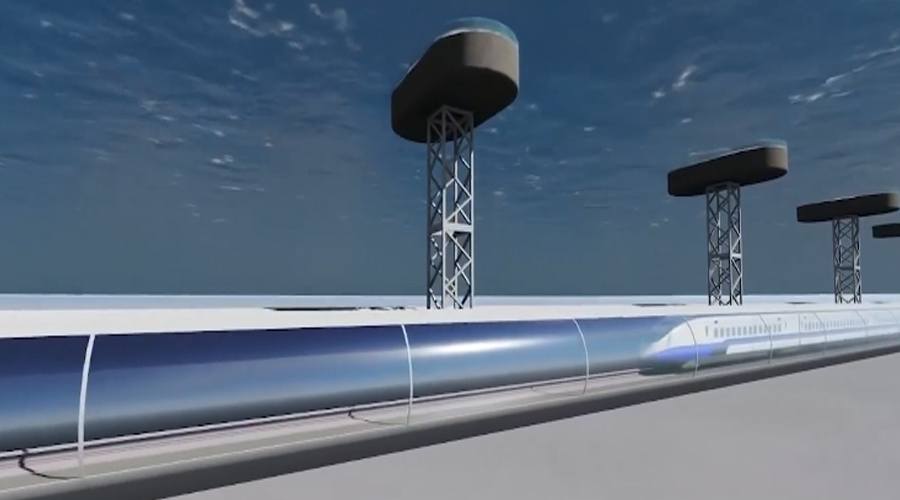 The concept of the tunnel is based on a well-known technology that is applied to floating bridges, immersed tunnels, and offshore structures. The floating underwater tunnels may consist of two curved concrete tubes that will be submerged below the surface of the Arabian Sea. These submerged tubes will be stabilized by attaching them to pontoons that will allow ships to pass. These tubes will be placed deep enough to avoid water traffic and weather. Also, the tunnel will be watertight, thereby resisting salty seawater and will be able to withstand hydrostatic forces upon it. Creating a vacuum inside the tunnel will result in tremendous speed for trains due to minimal air resistance.


Underwater Rail Between Mumbai to Dubai – How Will It Work?

The concept of underwater rail between Mumbai to Dubai is a humongous task to bring to reality. And it will take a lot of financial and intellectual capital to make this functional. The plan is to develop an underwater direct rail network that will let you travel non-stop from Mumbai to Dubai underwater. The total distance of over 1862 kilometers beneath the Arabian Sea will be covered in a record two-hour time. To cover this distance, the speed of the train will be probably set to the range of 600 to 1000 km/h that will certainly beat the speed of a plane in terms of its speed and its cutting edge features.

Features of the Underwater Rail

How it Will Benefit Both the Countries

The high-speed underwater rail network will benefit both the countries in the following ways:

May 04, 2020
Tips on Mask Wearing Where to put your masks when you are eating? How to wash your cloth face coverings? Here are some mask-wearing life hacks for you.
Post a Comment
Read more

ARE ANTIBIOTICS EFFECTIVE IN PREVENTING OR TREATING THE COVID-19?